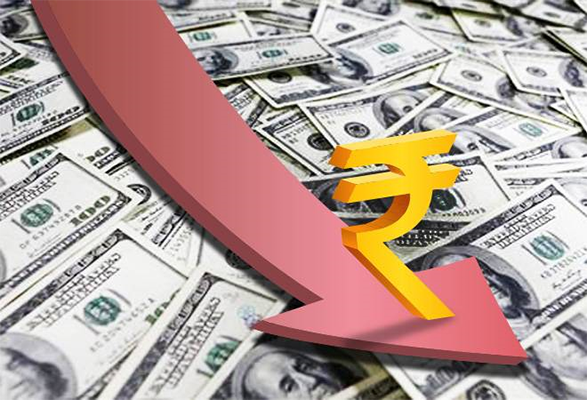 In the last few months, we have observed an incessant rise in the US Dollar. The present exchange rate of USD to Rupee has crossed 74 which is the all-time low. At the beginning of this year, this rate was 63.34 INR. Analysts suggest the Rupee is expected to remain under pressure in the near future owing to high crude oil prices and thus strengthen the US Dollar. What has caused this ascension? Experts suggest that the value of a currency is based on factors that affect the economy. Some factors are:

A country's currency partially expresses the performance of its economy. In the second half of last year, the Dollar rate increased more than 16 percent against an amalgamation of currencies around the world. Another major factor is the price of oil. As oil is priced in Dollars, it has the direct impact of raising the Dollar's purchasing power as compared to other currencies which are used to buy oil. Moreover, a boost in the production of crude oil has acted as a catalyst in enhancing the trade balance.

In any country, income levels of individuals shape its currency through consumer spending. It is a common behavior that when incomes increase, people start spending more. A portion of the higher earning section prefers to buy imported products. So, higher demand for imported goods increases demand for foreign currencies. This greatly weakens the local currency value. When the US exports products or services, it creates a demand for Dollars, because customers need to pay for goods and services in Dollars. Therefore, to make the payment, the local currency has to be converted into Dollars. This is also applicable to the purchase of US corporate stocks from non-US investors, which requires a foreign investor to sell their currency to buy Dollars to purchase those stocks.

With such instances, the US creates more demand for dollars; and that ultimately puts pressure on the supply of Dollars, increasing the value of the Dollar. In addition, the US Dollar is considered a safe haven during the times of global economic precariousness; so the demand for dollars can often persist despite fluctuations in the performance of the US economy.

This impacts several aspects. For example, students heading abroad or taking a loan will have to spend more for their education and living expenses. Industries that are dependent on imported raw material will cut costs either by reducing salaries or human resources. Vacationing abroad will get expensive. Car companies are already revising their prices as they are dependent on imported raw material, pay royalties to their parent firms, and have loans and borrowings in foreign currency. International food chains spend on imported kitchen equipment and some amount of raw material. Eating in these outlets will see a significant rise in expenditure as compared to earlier.

Considering all the cons discussed above, there is a certain upside to this situation. It's a great time to be a Non-Resident Indian (NRI) if you remit money to India or invest in the country. One definitely gets a rewarding value be it the UAE's Dirham, the US Dollar, the British Pound, or any other currency. India has the highest number of residents living abroad and these NRIs repatriate more money to India than any other country. A smart move would be to take advantage of this situation and benefit from it by remitting as much amount to India as possible.